Minister for the Public Service and Administration, Senzo Mchunu, has appointed a high-level task team, led by Prof Mashupye Maserumule, Executive Dean at the Tshwane University of Technology’s Faculty of Humanities, to assist government through the National School of Government (The NSG), to finalise the National Implementation Framework towards the Professionalisation of the Public Service. 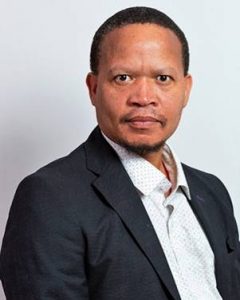 Prof Mashupye Maserumule, Executive Dean at the Faculty of Humanities.

In December 2020, Minister Mchunu released the draft National Implementation Framework towards the Professionalisation of the Public Service for public comment. This followed the Cabinet approval of the publication of the draft framework, which is in line with the commitment made by the sixth administration to create a capable, ethical and developmental public service. The Minister initiated a public consultation process with the key stakeholders from various organisations and institutions inside and outside the public sector early this year. Through these public consultations, 159 organisations (including universities, research institutions, public sector institutions and professional bodies) participated and 771 individuals attended the sessions.

“We have decided to bring independent experts to assess the evidence, undertake a peer review and make concrete recommendations on proposals outlined in the draft framework. I am encouraged by the support we have received from professional bodies and institutions. Such cooperation augurs well for the finalisation of the public service framework,” said Minister Mchunu.

Prof Maserumule expressed gratitude for his appointment saying; “It is always an honour to be afforded an opportunity to serve the country. I look forward to all hands on deck, as we engage in this important assignment, which is long overdue”.

Prof Maserumule started his career as a lecturer in Public Administration in 1999 at the then Technikon Northern Gauteng. He progressed through the academic ranks and was inaugurated as a full professor in Public Affairs in 2018, while also acting as the Executive Dean of the Faculty of Humanities. He is the Chief Editor of the Journal of Public Administration and is a well-known thought-leadership contributor to mainstream media.

The members of the task team represent a wide array of institutions and sectors, including representation from the Auditor-General South Africa (AGSA), think tanks, state-owned training academies, academia and the legal fraternity. Minister Mchunu has wished the Task Team well in undertaking this work and looks forward to receiving their recommendations for consideration.

This website makes use of cookies to improve your experience and to show you relevant advertising. By clicking “Allow All”, you agree to the storing of cookies on your device. Because we respect your right to privacy, you can choose not to allow some types of cookies. Click the “Manage Cookies” button to choose what you allow us to track.